Strange goings on in Auckland

Posted on September 17, 2011 by Brendan Fanning 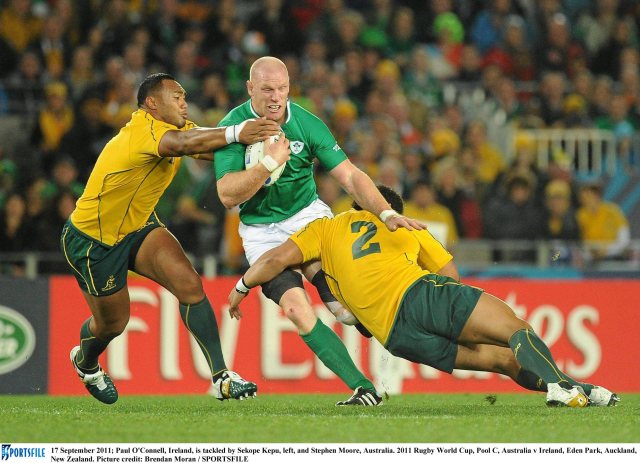 There’s something not right about this. It’s 8.30 on an Auckland Sunday morning where it has yet to rain. By the time I’ve finished this that may have changed. And by then hopefully the following has changed as well: just rang me buddy down the corridor and woke him up with the message that if we want to get to Hamilton by lunchtime as planned, for Wales v Samoa, then we’d need to be out of our not so flash Copthorne city hotel by 10am.

When the phone rings about six times you know you’re waking the dead. It answers with a gurgle. Message is delivered, to which he replies on autopilot: ‘ok love, no problem….’

Yes it was a late night but not the sort you think. It was well after 3am by the time most of us Sunday hacks finished work, and while a beer at that stage is an attractive proposition it’s more trouble than it’s worth. Later.

First the reaction. I wrote in my Sunday Indo report that the overriding emotion last night was one of relief. Given that it was an historic occasion, a first ever World Cup win over the Wallabies, you’d reckon that unbridled elation would be the first cab off the rank.

But the circumstances were tricky. If Ireland had been beaten out the gate you would have easily found the words to describe it; if they had raced into an early lead and won comfortably at the finish then that too would have involved yelping and yahooing.

The nature of this was loaded with excess baggage though because before a ball was kicked Ireland had been dealt three aces: David Pocock, Stephen Mooore, and the weather. Then by half time it had been confirmed as a game Ireland could win if they kept their nerve. And against this class of opposition that had never been done before.

So imagine the downside of having lost in those circumstances? Bizarrely it was a coming of age for a group whose age profile concerns me, and it was a huge step for the game in Ireland because of the nature of the win. In the World Cups of ’91 and ’03 against Australia the door had been opened for us and we couldn’t take the step. In away Tests in NZ in 2002 and 2006 we left behind us games that were there for the taking. On opening day in Croker against the French we lost coming down the final straight. There simply wasn’t room for any more, and it took courage to grasp what was on offer.

The scrum last night was a go-to source of inspiration, but before there was any set-piece a marker had to be laid at the breakdown. I was impressed by the candour of Aussie tight head Ben Alexander afterwards. In the mixed zone, where you get players wandering through – mostly reluctantly for the losers – giving their views on what’s just happened, Alexander could have been forgiven for keeping the head down and shuffling on through.

Instead he stood his ground and looked you in the eye and never once reached for an excuse. Significantly he described Ireland’s performance at the breakdown as “awesome.” I don’t believe they would be able to produce that again next weekend, so it’s just as well they don’t have to. The timing of the Russia Test is perfect.

Time to head off down the road to Hamilton, but we might well be back in Auckland before we go home. It’s just started to rain again.

Brendan Fanning has been involved in rugby all of his life as a player, coach and journalist. He has been rugby correspondent on the Sunday Independent since 1996, and has been reporting on the game since the mid 1980s when he stopped playing with Clontarf. In 2007 his book From There to Here, a definitive account of Ireland’s transition from amateur to professional rugby, was published to critical acclaim.
View all posts by Brendan Fanning →
This entry was posted in Australia, Irish Rugby, Rugby Opinion, Rugby World Cup and tagged Ben Alexander. Bookmark the permalink.